The initiative on “sustainable oasis” as seen by a young volunteer 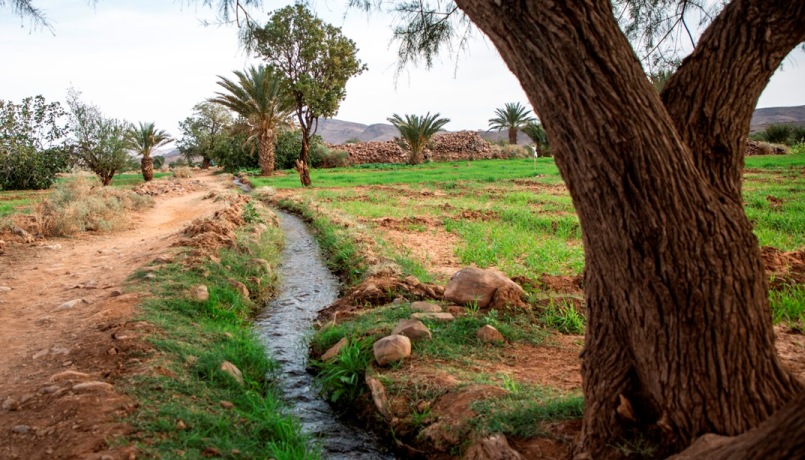 Climate change is an important phenomenon that has become one of the biggest problems of our time. It is already heavy in consequences and has severe implications for the future and on how society should be organized.
The average temperatures have indeed increased more or less regularly. In October 2018, the Intergovernmental Panel on Climate Change (IPCC) published a report which describes that the world climate has already warmed by about 1 ° C compared to the preindustrial era. At the rate of the current emissions, it provides that the warming will reach 1.5 ° C within 2030-2052 with dramatic consequences for the existing ecosystem and the global population.
Agriculture will be one of the most affected sectors, with consequences for the increase of food dependency of countries, especially the most vulnerable ones, that will bring to the destruction of agrarian systems and agricultural economics at the local scale. To cope with climate change, business transformation should be necessary for society, as also lifestyles .
What is climate change? Does global warming mean that temperatures increase in the same way everywhere and everytime?
In the work of the IPCC, the term refers to any change in time whether due to natural variability or human activities.
The rising temperatures are particularly worrying in some parts of the world. In particular, the expected climate change effecting the oasis zones around 2030-2050 will lead to an increase in temperatures and a change in rainfall patterns, thus impacting on the pressure on natural resources. These changes will have significant consequences, such as the reduction of water reserves, the increase in the demand for agricultural water and the degradation of ecosystems and biodiversity.
Nowadays we can consider oases as a real asset of development in very low rainfall areas or areas at risk. They are useful and necessary against desertification and require a special attention at national and international level on climate change related issues.
At the COP22 conference held on 28th of November 2016, in Marrakech, Morocco, (oasis and palm grove), the initiative of “sustainable oases” was launched to spread the voice of oases communities during that great event dedicated to climate change. The initiative builds on the Article 7 of the Paris Agreement, which states the need to ” protect the most vulnerable ecosystems “. This definition describes the oases, where live 2 billion inhabitants (28% of the world population) and which cover the 66% of the African territories.
The aims of the Sustainable Oasis Initiative is to support oases’ protection initiatives and to strengthen the resilience of oasis communities to climate change. This is the climatic resilience of the oasis agro – system to curb the upsurge of droughts and the increased climate variability, promoting soil conservation and local agro-biodiversity. The notion of resilience applied to ecology consists of the ability of an ecosystem to recover its initial equilibrium after having undergone alterations, whose causes can be of multiple origins (natural or human related).
Unfortunately, the process launched at the COP22 is far from being realized.
Although the initiative has gained a lot of interest, there is slow progress in implementing the Paris Agreement at the states’ and stakeholders’ level. Thus, so far, many points on the Paris Agreement remain unresolved. The process is also weakened by the absence of long-term quantified objectives towards the theme of climate change.
The TERO project is working in this direction, since the sensibilisation to climate volunteering proposed by the project, especially in the oases, will enable young people to understand the value of preserving the environment and their territory. This initiative will raise awareness among the Youth and be a sign of hope for the future, to find more resources for environment protection by having an impact on the most vulnerable communities. These activities will motivate young people also, to stay in the oases instead of going into exile, leaving their families and beloved ones.
Let us adopt our way of life to the notion of resilience and sustainable development!